To come to a secret understanding, conspire. 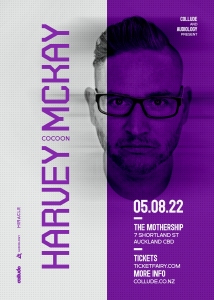 The hard hitting Harvey McKay makes his NZ debut this coming August. and we're making sure all you Techno lovers get the biggest possible bang for your buck with this taking place at the all new Mothership venue, which has been fitted out with the most incredible Adamson Line Array... 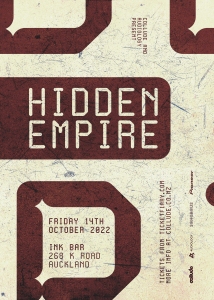 Melodic techno upstarts Hidden Empire as seen on Cercle recordings makes their debut to our shores this coming October, and yes both members will be joining us. This time in the intimate surroundings of Ink Bar, make sure you grab a presale ahead of the rest as this will... 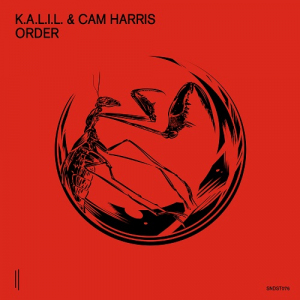 Often in life, the best ideas are the ones we don’t spend too much time labouring over. When the timing and ingredients are right, the results tend to look after themselves. This was definitely the case with Order, the latest EP on Second State and first collaboration between two rather... 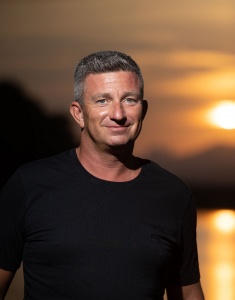 When you think of pioneers of the 90's dance movement there isn't one electronic music enthusiast of this era that wouldn't have drawn inspiration from artists like Layo & Bushwacka.Fast forward a few decades and Bushwacka is still headlining stages from Glastonbury Festival and releasing his latest productions with the...

We caught up with Kaveh from Pleasurekraft a week after his show in Auckland on Easter Thursday for the Sonorous Warehouse Social.In which city did Pleasurekraft begin?We actually started an ocean apart, I was living in Washington D.C. 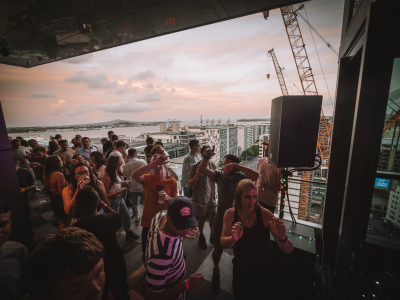 La Terraza NZ is back in full force in 2019 with a new rooftop space but same exorbitant mission: Now you don't need to go to Barcelona to get your summer rooftop party fix, we are bringing it to you, right here in Auckland!Dress for the sun and comfortably so... 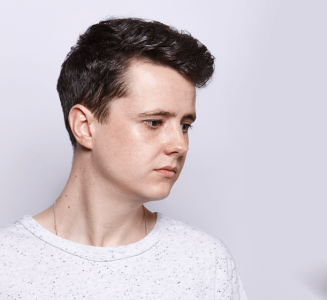 Here at Collude we're quietly excited about being invited back to host the Cellar stage at Rhythm & Vines festival for the second year in a row. We're also chuffed about having our friend Bontan back, especially after earlier in the year laying down one of our top 10 picks for best ever... 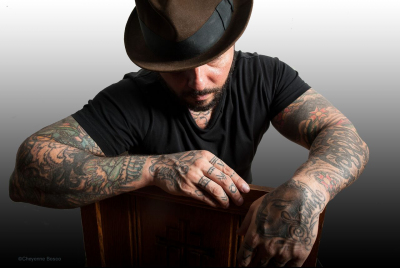 Ahead of Joeski's triumphant return to Auckland, Friday the 27th of July here, Cam put together a bunch of questions to get to know our friend a little better. Joeski has been in the game for three decades now, with a long list of releases on such labels as Defected... 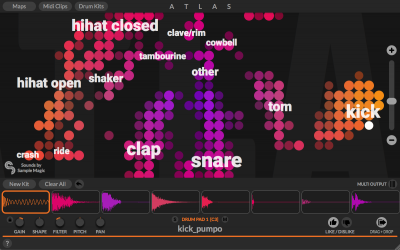 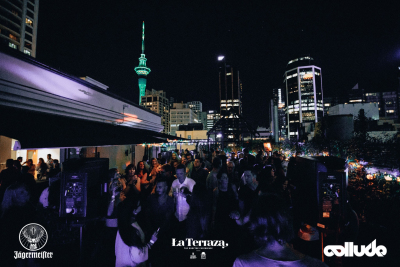 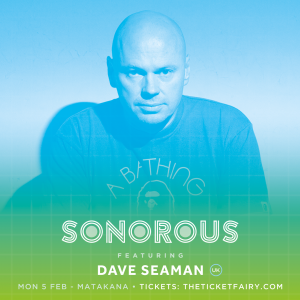 Ahead of the highly anticipated new festival Sonorous in Matakana on the 5th of february we put together a questionnaire for the legendary Dave Seaman. 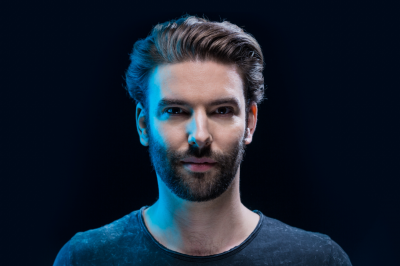 Back with another in depth interview, Brett compiled a few questions for Sebastian to get a little bit of inside information ahead of the Lovebirds show coming up at Ink bar. 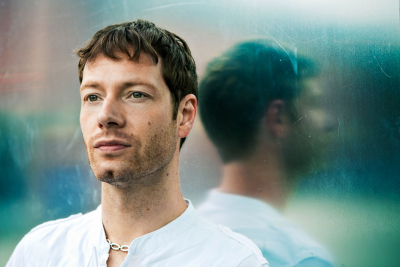 This time round with the Collude interviews both Brett and Cam got involved and spoke to the one and only Jody Wisternoff ahead of his first ever NZ show in Auckland, September 1st. 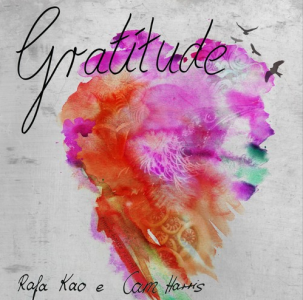 Tinnie House Records present Gratitude, the album by Rafa Kao and Cam Harris. Question? What do you 'need to know' when two deck magicians from Brazil and Aotearoa meld and mix up aroha and gratidão? Answer: Aurally that you'll experience an eight track kaleideoscope of unmissable, deep, dope, ecclectic, techy,... 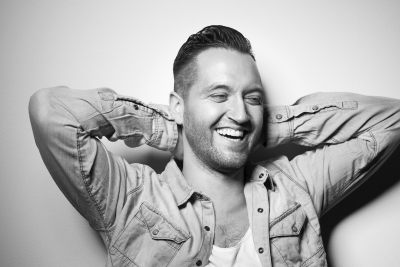 We put together our third interview for the series that has so far featured Hernan Cattaneo, Javi Bora and now with esteemed DJ & producer, Ramon Tapia. Read more for some insight into his life as well as some tips for music producers. 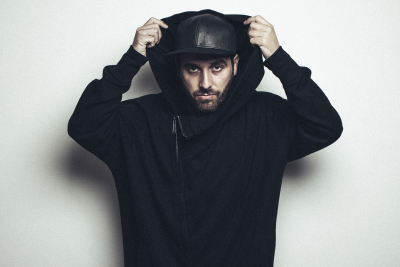 Javi Bora recently toured New Zealand & Australia with shows in Auckland, Sydney, Brisbane and Melbourne. After a massive night with us and new friend Simone Liberali at Ink bar, Collude's Brett Bronze racked his brain to see what else we could get out of him. 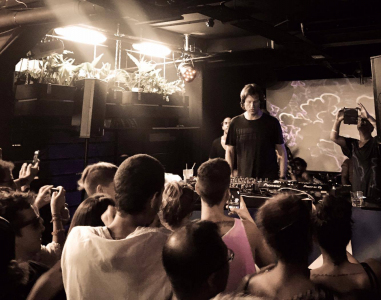 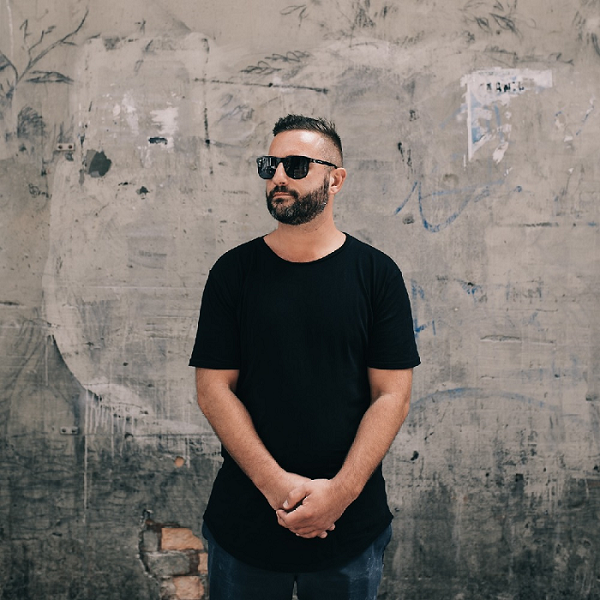 Cam Harris, DJ/Producer/Promoter from down under, Aotearoa. Co-founder of Sonorous Festival NZ, Founder of Collude, Co-founder of La Terraza (The Rooftop Experience). From early days Cam submerged himself into the world of music. Working hard as a young teenager, saved up enough to be able to purchase his very first pair of Technics MK5 turntables to hone his skills as an electronic music DJ, this was over 18 years ago. Since then Cam has performed alongside artists such as Carl Cox at both ‘PURE NZ’ events in 2017 & 2018 which saw guests Adam Beyer, Paco Osuna and Nastia. Supported KiNK, Bontan, Javi Bora and DJ T. at the Collude Cellar stage located in the trees of Gisborne's ‘Rhythm and Vines Festival’ in 2018 & 2019. Also regularly supporting a long list of international acts, some even multiple times by the likes of Doorly, Javi Bora, Miguel Bastida, Christian Smith, Dale Howard, German Brigante, Hernan Cattaneo, Ben Pearce, Nic Fanciulli, Wankelmut, Claptone and many more.

Cam released his first album in collaboration with German based Brazilian artist and friend Rafa Kao in 2017 called ‘Gratitude’ which from the success of the album release party saw the single from this album pressed and sold from Juno Records, as well as numerous releases on local and international labels House 4 Life Records, Cabbie Hat Recordings, M5 Records, Tinnie House records, Arrivals Records to name a few. Cam’s first release on local label Huhu Records also charted in the top 10 best ‘Jacking’ tracks on Traxsource back in July of 2013 and one of House 4 Life Records best jacking releases more recently in 2017.

Cam’s DJing skills has seen him cross the ditch a few times now, In 2018 to perform 5 hours on a fine Sunday in the cage at Melbourne's Revolver, and later that year to close Electric Gardens Festival at the Sydney official after party. Besides Rhythm and Vines Festival, Sonorous Festival, Bay Dreams, Shipwrecked, Cam has also performed at the infamous New Zealand seaside festival - Splore back in 2015. Also more locally in 2018 Cam has toured down NZ performing in other cities such as 121 club in Wellington and Stranges Lane located in Christchurch.

Cam is focused on what’s coming next in his journey with further events coming up around New Zealand and across the ditch in Australia, with hopes of one day touring Europe, South America and beyond.